“ Music is an outburst of the soul. ” – Frederick Delius 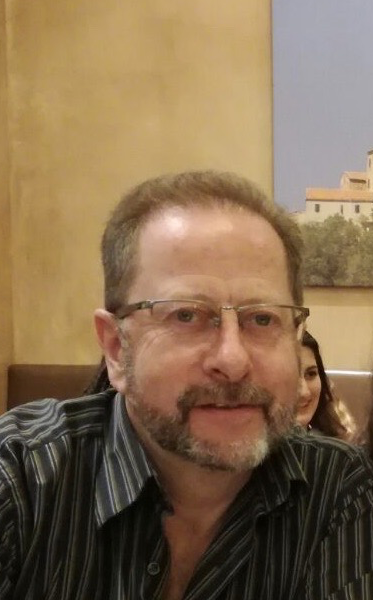 Jonathan Leese has been working with singers, both in the Classical genre and in Musical Theatre for the past 30 years. His passion for (and the training of) the human voice will continue for as long as possible. There is still so much to research about the human voice, which he continues to support, study and learn.

Jonathan’s music interests started at an early age. His piano skills were initially self-taught, and he would regularly display his developing skills by way of giving impromptu piano concerts, in addition to playing the church organ.

A school music lesson led to a 13-year-old Jonathan’s first meeting with Richard Emms. After hearing his performance, Richard went on to provide Jonathan his first professional piano tutorage. By the time Jonathan had reached the tender years of a 14-year-old, he was the organist at Shipston-On-Stour Methodist Church.

Jonathan continued to develop his pianist skills with Richard Emms, and at 17 was offered a place at The Birmingham School of Music (now the Royal Birmingham Conservatoire) under the guidance of Frank Wibaut (piano) and Barbara McGuire MBE (singing).

Jonathan took the opportunity to further his studies at Bretton Hall under the guidance of Keith Swallow and then he went on to the University of Huddersfield, where he specialised in performing on piano under Ronald Newton and singing with Shirley Leah. Jonathans Accompanying and Vocal skills grew, which led to him giving many concerts as a soloist and accompanist.

After graduating from the University of Huddersfield with BA (Honours) in Music, Jonathan continued to develop his experience at The Royal Northern College of Music, with accompanying vocal classes, competitions and concerts – in addition to attending piano lessons under the tutorage of David Lloyd and John Wilson, which developed Jonathan into becoming a répétiteur.

Jonathan’s time at The Royal Northern College of Music provided him a vast knowledge of repertoire and permitted him to work with many exceptional musicians – some of whom are now International stars.

“ I think music in itself is healing. It’s an explosive expression of humanity.

It’s something we are all touched by.

No matter what culture we’re from, everyone loves music. “

Jonathan worked extensively with the Mezzo Soprano Adrienne Murray, who later became his wife and mother of their two beautiful daughters.

Always with an interest in the world of dance, Jonathan’s fascination led him to become involved with accompanying for ballet classes at the Northern Ballet School, Northern Ballet Theatre and The Royal Ballet. The ability to play for ballet, allowed him to work with several world-famous dancers, record for a television programme, and to travel throughout Europe and over to Bermuda.

Jonathan’s passion for the human voice never faltered and he continued to work in both Classical and Musical Theatre worlds. He was invited to work in Japan, at Shōwa Academia Musicae, where he gave many workshops and coached students in lead roles. This led to an offer to work fulltime as a vocal tutor, however family commitments were more dominant.

Jonathan began working with Musical Theatre companies touring the whole of the UK playing in the orchestra. He was fortunate to work with Michael Reed (orchestrater and arranger) in the new musical adaptation and Premier of Great Expectations. Jonathan also toured the UK with the Northern Ballet Theatre orchestra performing Dracula, Hunchback of Notre Dame and Cinderella. He also played for the recordings of the wonderful music of Phillip Feeney.

After several years of touring, Jonathan decided to move to London and became Head of Music at Bird College – a leading College of the Performing Arts – where he worked with and trained many successful students. It was at this time when Jonathan travelled to New York to attend a Musical Theatre ‘Belt’ conference and met many distinguished voice trainers and artists. One of the speakers was Jo Estill who introduced her research into the functioning larynx, known then as Voice Craft and now the Estill Model.

This was a revelation to hear so much on the anatomy and physiology of the larynx. There are many books on singing and the voice, but none that explained exactly what was ‘actually’ happening! This was a very exciting introduction; which Jonathan continues to support and study to this day.

For a number of years, he worked for the Royal Caribbean as their UK based Vocal Consultant for their auditions and vocal coach for their new Shows and Productions.

Since 2003 Jonathan Leese has led an excellent and highly qualified team of tutors and musical directors at London Studio Centre, in the training of the next generation of Musical Theatre Artists.

“Jonathan was my singing teacher while I was studying for my BA Hons Degree in Dance and Theatre Performance at Bird College, Kent. He was an absolutely wonderful coach and tutor and was passionate about all of his students and always pushed them to do their very best. I will always remember him fondly, and I thank him for giving me the confidence to just “go for it!” all those years ago. His encouragement and passion for singing will always be something that I will treasure and remember forever.”